Welcome to the Senedd’s new website. If you have any difficulty using this site please get in touch.

It is Holocaust Remembrance Day. 75 years after the end of the war, it remains as relevant as ever. This is my family history.

It was in Wittenberg, Germany, that my great-great-grandfather, Dr Paul Bosse, married my great-great-grandmother, Käthe Bosse, and where they lived with their four children. Paul was a very successful surgeon, and he and his team saved many lives after an accidental local explosion involving a company that was using explosives to mine for coal. This was in 1935, during the early days of Hitler's time as German leader. Paul was so well known in his work that Hitler himself came to the hospital to congratulate him and his team for helping so many people. 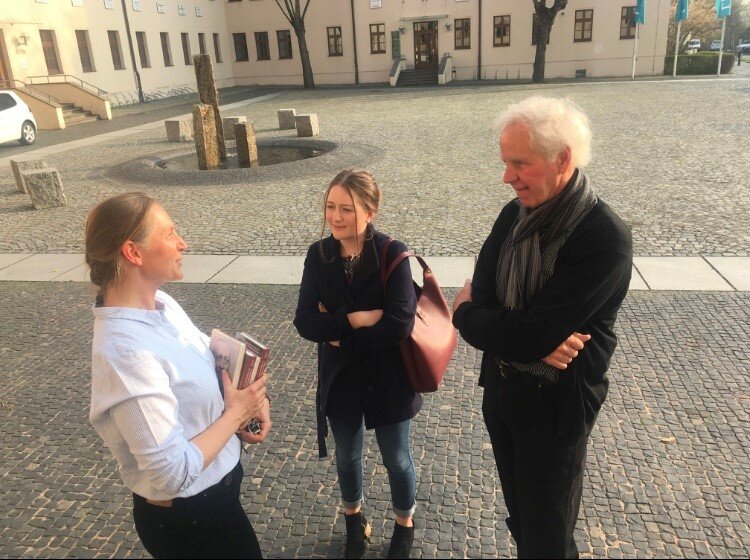 A photo of me on a trip to Germany last year, where I had the opportunity to talk about my family’s history in Wittenberg.

Käthe, Paul's wife, was of Jewish blood. Although the Nazis were aware of this, they told Paul that he, his wife, and his children would be safe and would be protected, given that Paul was so medically valuable to the German people. This is the reason why neither Käthe nor Paul ever thought of fleeing; they believed they would be safe.

In 1933, the Nazis gave Paul a choice that was extraordinarily unjust. He could either divorce his Jewish wife or lose his job. Although he loved his work and excelled in his field, he loved his wife and family, and they came first for him. He was made redundant in 1935. With his wife, he set up the Klinik Bosse in the family home–a hospital for pregnant women and their babies. The hospital was a huge success, providing vital services for Wittenberg. Assistance in running the hospital was provided by nuns. Recently, the street on which the hospital stood was renamed "Bosse Strasse" (Bosse Street), to commemorate and commend the honour work undertaken by Paul, and to remember the family’s history.

Towards the end of 1944, just before the end of the Second World War, Käthe was taken to the Ravensbrück concentration camp, where she was killed. We still do not know the exact circumstances, but we can be sure that she lost her life in unfathomably cruel circumstances, because she was Jewish 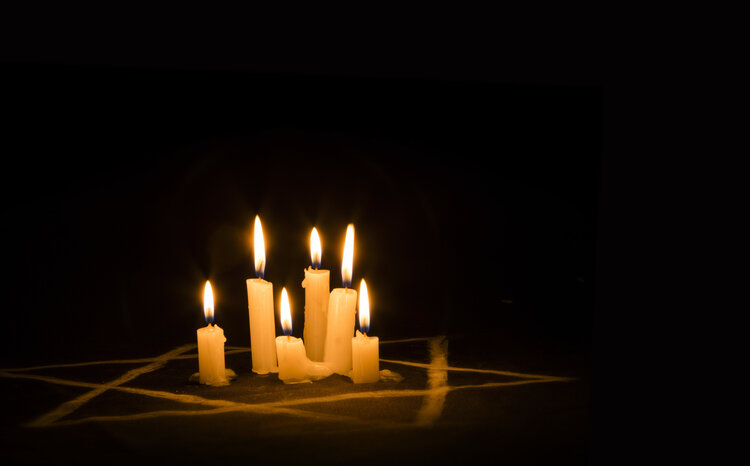 More than 75 years after the end of the war, we can be grateful: we can learn about the value of life, about how dangerous discrimination of any kind can be. We can learn the importance of showing respect, love, and empathy for our fellow human beings. It is important that we not only remember to mourn the lives that were lost, and the families that were destroyed, but that we also look to the future. We must learn from history and reach out to those who need help today, to fill the world with love and understanding instead of jealousy and hatred.

One of Paul and Käthe's children came to Scotland as a refugee. Her name was Kate, and she was my great-grandmother. She married a Welshman and, with his help, learned Welsh fluently and moved to the Rhondda because he was a teacher there; she was eager to integrate, and to belong in her new country. She raised her children (including my grandfather) solely through the medium of Welsh. She is a heroine to me. I think that the way in which she took pride in her new life and embraced it with open arms was incredible. 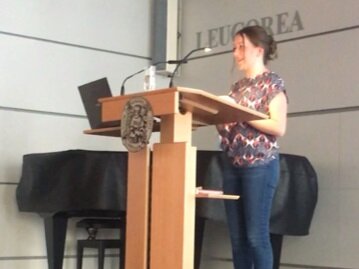 Talking about my family’s history on a visit to Germany last year.

75 years after the end of the war, the hatred is not over. More than 10.4 million people are currently living as refugees worldwide, almost half of them children. If no one had helped the refugees of the second world war, I would not be here today. Wars are still being fought in Syria, Iraq, and Afghanistan, with the people there needing our support more than ever. Please take this opportunity to stand up against all the injustice and blind hatred that still exists in the world. Please reach out to those who are still suffering, by donating to charities, by raising awareness, and by campaigning to take refugees. We must welcome more and more people into our country with open arms, so that they can start a new, safe life.

In the spirit of remembrance, please spread love.