5 December was a special day in the history of our National Assembly. It was a day when the young people of our country were given a voice through the election of the first ever Welsh Youth Parliament.

But what does this really mean for you and your friends? How will the Youth Parliament apply to you and have a positive impact on your lives?

Let me explain by beginning at the beginning. 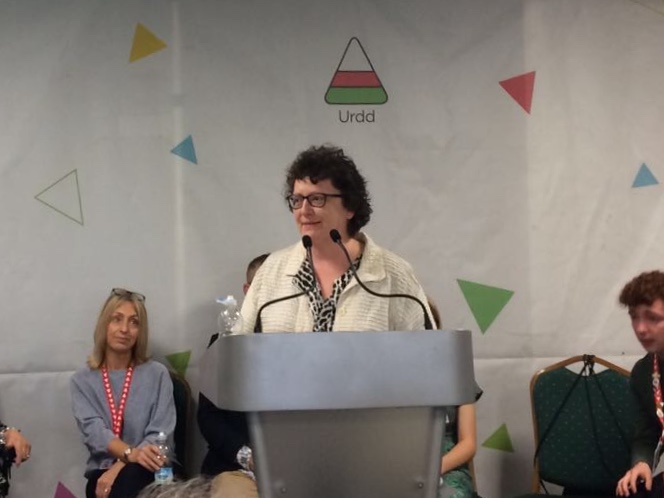 The Presiding Officer, Elin Jones AM, at the Welsh Youth Parliament launch in the Urdd Eisteddfod, 2018.

There has been a talk of creating a Welsh Youth Parliament for many years. It is an issue that is close to my own heart and to the hearts of a number of other Assembly Members. Through dialogue and through sharing ideas, momentum grew behind the principle that you, the young people of Wales, should have democratic representation from those who are the same age as you and who understand the issues that are important to you.

IT WAS VITAL THAT YOUNG PEOPLE WERE AT THE HEART OF THE INITIATIVE FROM THE OUTSET.

Direct links have been forged with every school in Wales, with an abundance of information being shared on digital media about the form and purpose of the Parliament and, more importantly, how to stand as a candidate and vote.

Partnerships have been formed with organisations such as Youth Cymru, Voices from Care and Barnardo's Cymru in order to ensure that the Parliament is as diverse and inclusive as possible.

These efforts paid off handsomely, eliciting an impressive number of candidate nominations – more than 470. Almost 25,000 of you enrolled to participate in the election, with each vote being cast online – the first election of its kind in the world. Yet another example of young people in Wales making history!

All of this work culminated in the election of 60 Members of the Welsh Youth Parliament on 5 December, and I was delighted to announce the names of each Member in the National Assembly Chamber. 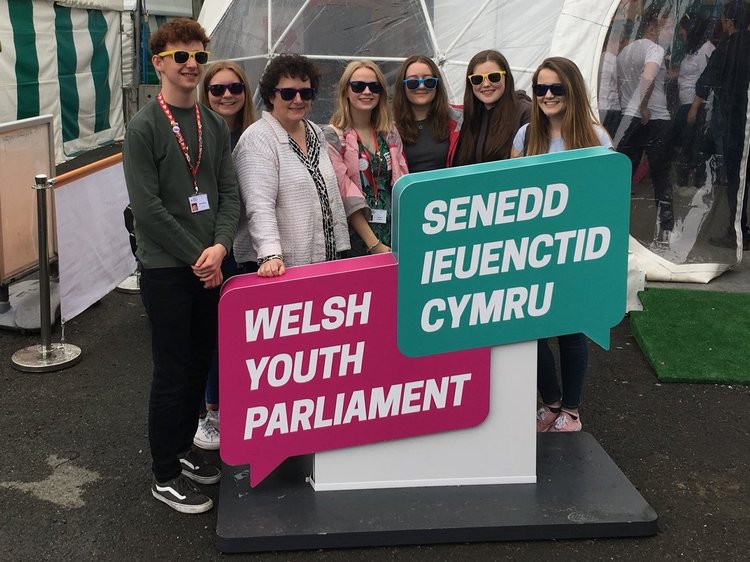 Now that the idea of creating a Parliament has come to life, the business of representing your views and interests begins in earnest.

This weekend, the Youth Parliament will hold its first ever Plenary meeting in the Assembly Chamber in Cardiff Bay – the exact location where Assembly Members discuss, scrutinise, and vote on the issues that affect your lives and the lives of the people of Wales every day.

Hopefully, some of you have already had a taste of what the two days will have to offer through your attendance at regional meetings over the past few weeks.

To reflect, to challenge, to disagree or to work together – this is your first opportunity to come together and experience the special role of representing the views of your communities and your peers in the heart of Welsh democracy.

On Wednesday @yLlywydd revealed the names of the 60 Members of the #WelshYouthParliament
Watch the video in full on our YouTube channel: https://t.co/BTnSEtyS8U

Get to know your Members and what matters they’d like to discuss: https://t.co/AZgOqlwuZB pic.twitter.com/1z2OaF6H65

I remember my first day at the National Assembly, almost twenty years ago.

I sincerely hope that you will share the anticipation, the excitement and the sense of privilege that I experienced that day – and yes, the jangling of a few nerves is entirely natural!

I wish you all the best in your work, and I am really looking forward to welcoming you to the Senedd and following your development on this exciting journey.

I know that you will make the young people of Wales very proud.