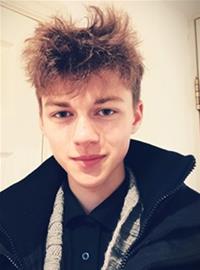 My key issues are:

The following was his candidate statement for the 2021 election:

Shwmae, fy enw ydi Ollie. This is my second term on the Senedd Ieuenctid Cymru as I was a member of the first ever one. I am delighted to have the opportunity to voice mine and my peers opinions and views on a platform where they will be make a difference.

I'm on the Welsh Youth Parliament representing the whole of Wales' Young and young adult carers. I am a young carer my self which is where my passion and drive comes from! I hope to make many changes during this term of the Senedd Ieuenctid Cymru and make the differences that the young people of Wales wish to see.

I made amazing friends last time and I wish to continue that tradition with even more like minded people.

I look forward to the next few years and the challenges that are yet to be faced, and I'm ready for it.