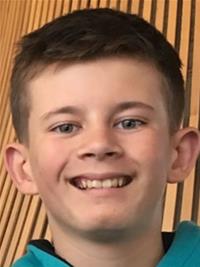 Thank you, Llywydd. It's a privilege to be able to represent the young people of Cardiff Central once again, and it's difficult to believe that it has been two years since our first natio...

My Key Issues are:

The young people of my constituency should vote for me as I have so much understanding of politics and how the Senedd works. Also, I have represented the school at Cardiff's Youth Council, as well as the Commonwealth Conference.

Finally, I have completed projects to help the LGBTQ+ community, including the Iris film project, and the South Wales school project. I am an active citizen, and I participate in a number of activities within the community, such as volunteering at St John's Ambulance, and raising money for charity. I do first aid regularly, and volunteer in athletic events, food festivals and more. Also, I have raised money for several charities, at school, and as an extra-curricular activity.

Finally, I am keen to follow a career in politics, and this would benefit me greatly.